The Five Days of Hajj

Please note that it is in Hajj Al-Tamattu to perform Umrah in conjunction with Hajj. More precisely, the rituals of Umrah are performed first and then the rituals of Hajj are followed. The below section details the process in a fairly sufficient manner. 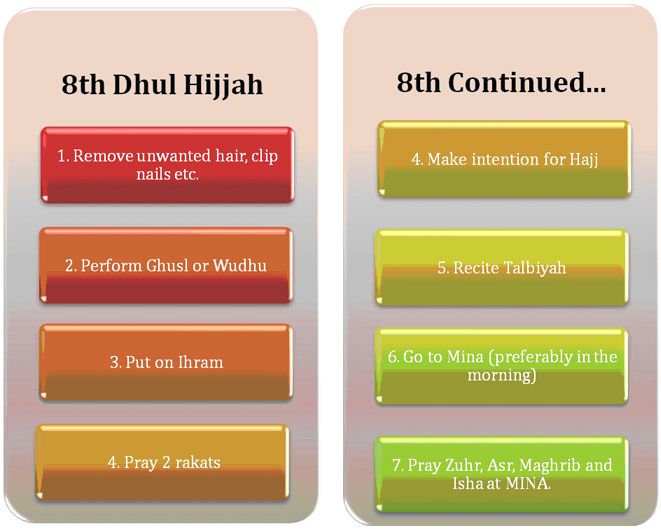 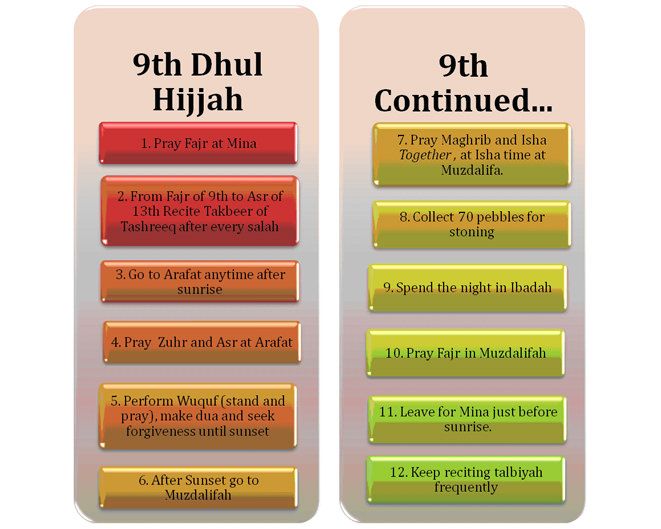 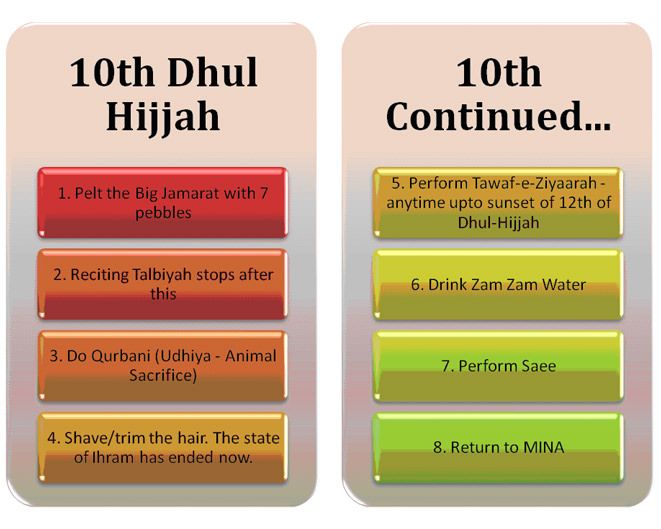 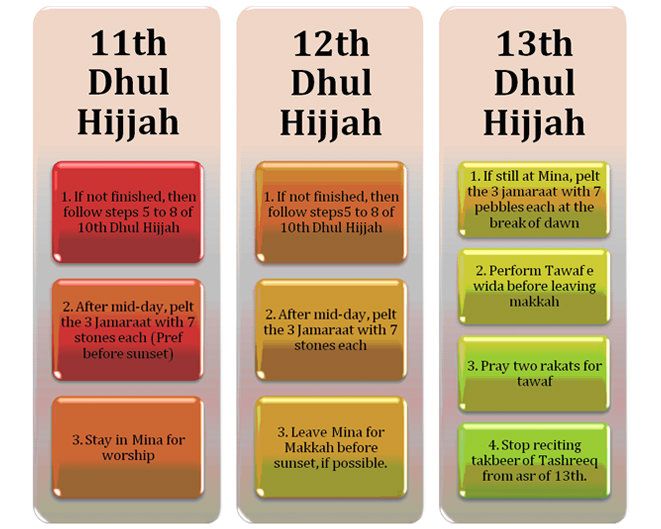 Assuming the state of Ihram for Hajj

Please make preparations to travel to Mina. You might have to start a day before (i.e. evening of 7th Dhul-Hijjah) and reach Mina on the early morning of 8th, due to the issue of the crowd. However, the schedule also depends on your Guide or Tour Operator.

Put on the two white sheets of the Ihram garments. For women, there is no specific garment or ; ordinary cloak/abaya etc. is sufficient.

Then remove the Prayer cap (Men should not cover their head in the state of Ihram).

Intention/Niyyah, which is an obligation, can be made at home or during the journey, but care must be taken to make the intention before crossing the boundaries of Miqat. (The details of the Miqat area have been discussed in the preceding section, 5).

If you plan to land in Madina, then make the intention at Zul Hulaifah while going to Makkah Al-Mukarramah.

People making the intention from their homes do not have the concern of being vigilant of the Miqat points.

If you are already in Makkah Al-Mukarramah and intend to do Umrah, then go to the closest Miqat Point i.e. Tanâ??eem (Masjid Aisha) and adorn/assume Ihram.

Pilgrims coming from other directions should adorn/assume Ihram on their respective Miqat points.

Transliteration: Allahumma Inni Ureedul Hajja Fayassirhu li Wataqabbal hu Minni "O Allah, I intend to perform Hajj for your pleasure; accept it from me and make it easy for meâ?.

Recite the complete Talbiyah (Labbaykduâ??a provided below) once audibly. Women should recite in a low voice.